The guppy (Poecilia reticulata), also known as millionfish and rainbow fish, is one of the world's most widely distributed tropical fish and one of the most popular freshwater aquarium fish pieces. It is a member of the family Poeciliidae and, like almost all American members of the family, is live-bearing. Guppies originate from northeast South America, but have been introduced to many environments and are now found all over the world. They are highly adaptable and thrive in many different environmental and ecological conditions. Male guppies, which are smaller than females, have ornamental caudal and dorsal fins. Wild guppies generally feed on a variety of food sources, including benthic algae and aquatic insect larvae. Guppies are used as a model organism in the fields of ecology, evolution, and behavioural studies. 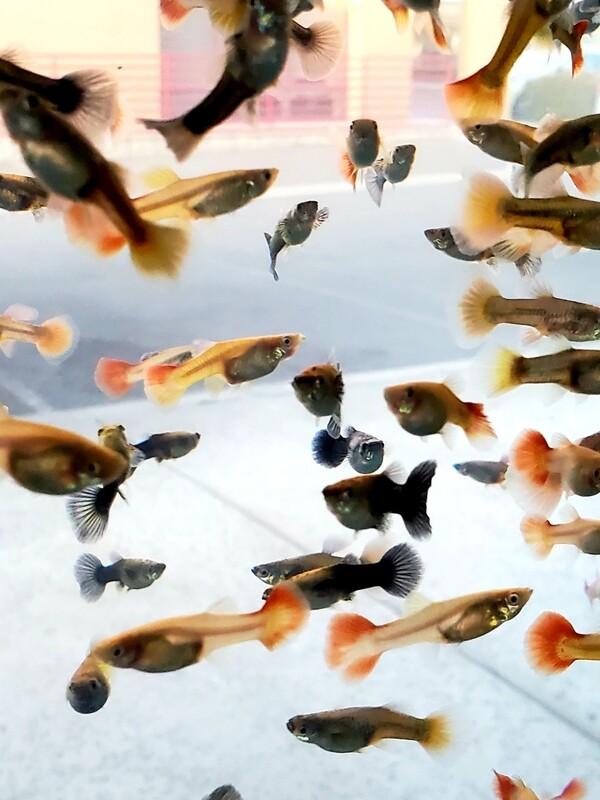